His AKC name is CH Big Thompson’s Archangel of Bearhill.  We call him Michael.  We co-own Michael with Denise and Kevin O’Brien.  Michael was born in November 2016 and became a Champion after 3 months of showing at the age of 10 months at the show in Cheyenne, WY in 9/2017.  We co-bred Michael with Denise and Kevin O’Brien to CH Cherokee Chris Clark of Bearhill and our BISS GCHS CH Cherokee Legend Maxwell.  As of September 2017, Michael has two Best of Breed wins.  Michael was owner-handled to his Championship and was our third Bred-By Champion.

Michael has a great future and will continue to show to his Grand Championship. 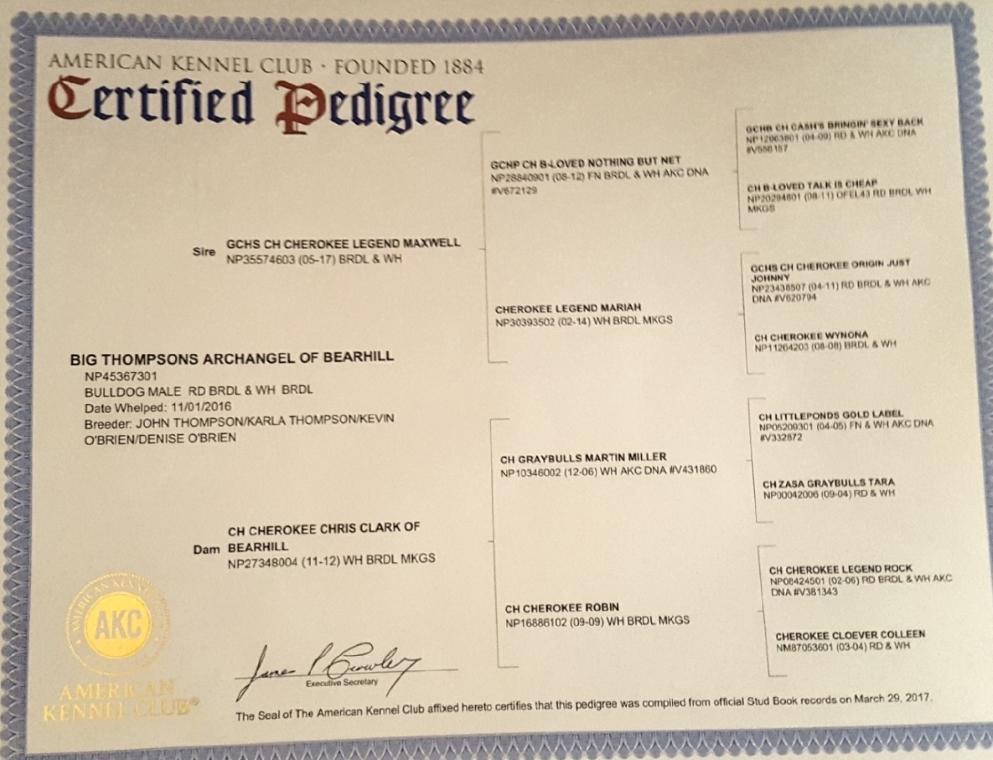 Michael will available for stud to approved bitches in the future. If interested, please contact us or talk to us at a show. 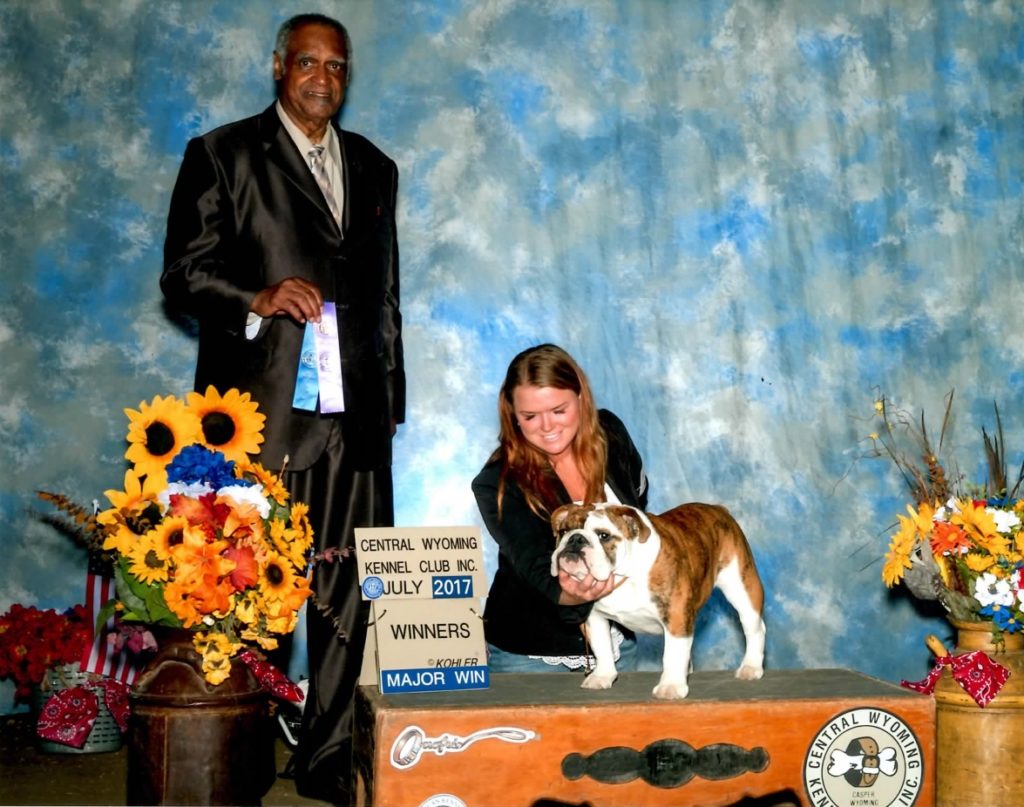 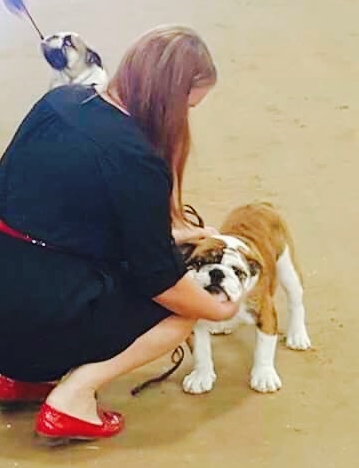 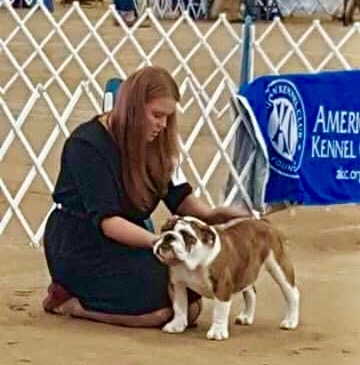