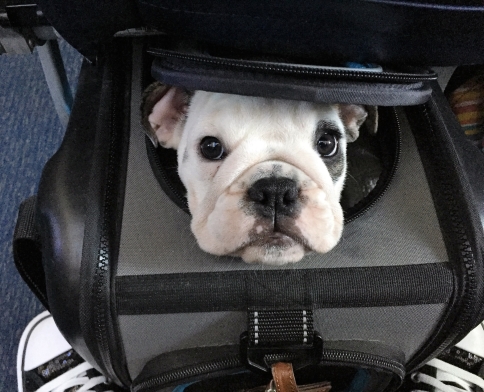 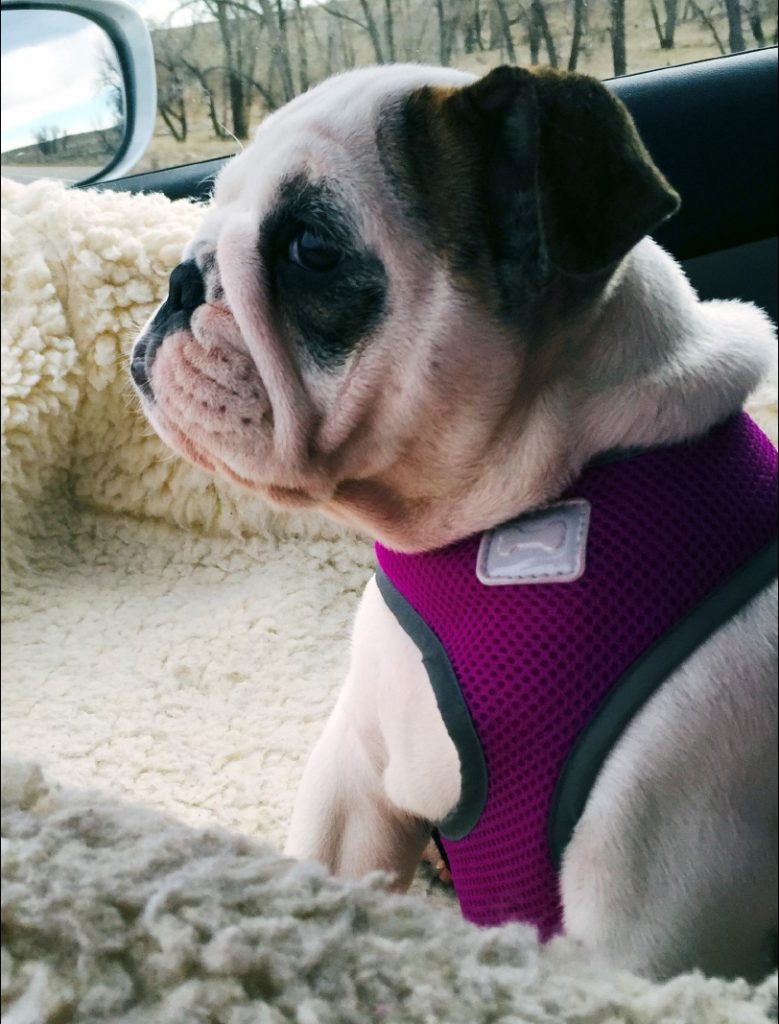 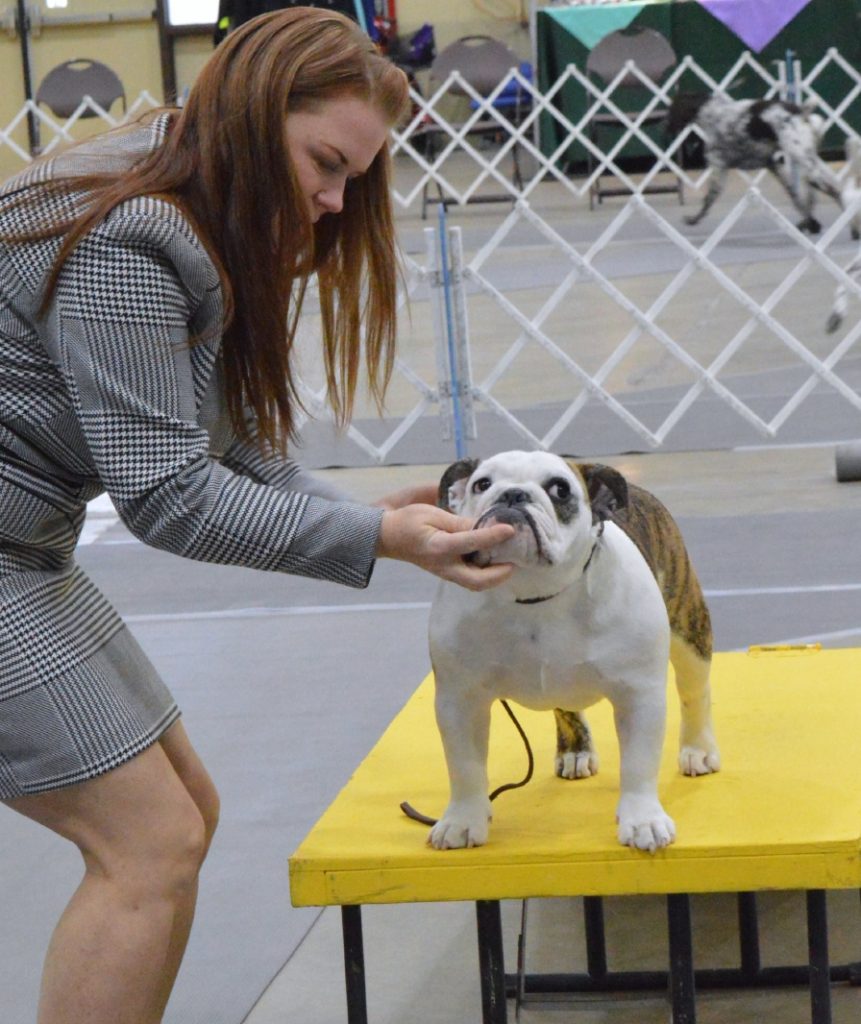 Her AKC name is GCHB CH Big Thompson’s America’s Sweetheart of Bearhill.  We call her Ellie.  Ellie was born on September 2015 in Florida, and she is our first bred-by Champion.  We co-own and co-bred Ellie with Kevin and Denise O’Brien for our first breeding between CH Cherokee Chris Clark of Bearhill and MBISS GCHB CH E. Clive’s Bloomin’ Skirt Chaser.

Ellie has been showing since she was six months old.  Ellie won Best of Breed over the #3 bulldog in 2/2017.  In June and October of 2016, Ellie won Best of Breed  at two shows from the puppy classes.  In total, Ellie has accumulated 8 Best of Breed wins.  In addition to her BOB wins and winning her class many times, Ellie took Winners Bitch, Best of Winners and Best of Opposite Sex all at 7 months old.  Ellie became a champion at 13 months old from the puppy class.  She has taken multiple Puppy Group placements, multiple Best Puppy and Best in Show Puppy.  In December 2016, Ellie became a Grand Champion after just turning 15 months old, and she won all of her Grand Champion points at major shows.  She became a Bronze Grand Champion in 10/2107. Ellie was owner-handled to her Championship and her Grand Championship.  Additionally, Ellie has won Best Brace in Show multiple times with her litter mate Ruger.

Ellie has an excellent temperament and spot on conformation.  She is a very lovable girl.  We are very proud of Ellie’s achievements in the ring.  Ellie continues to shine in the ring and her future looks to continue to be very bright.  We hope for her to be a top 25 bulldog in 2017. 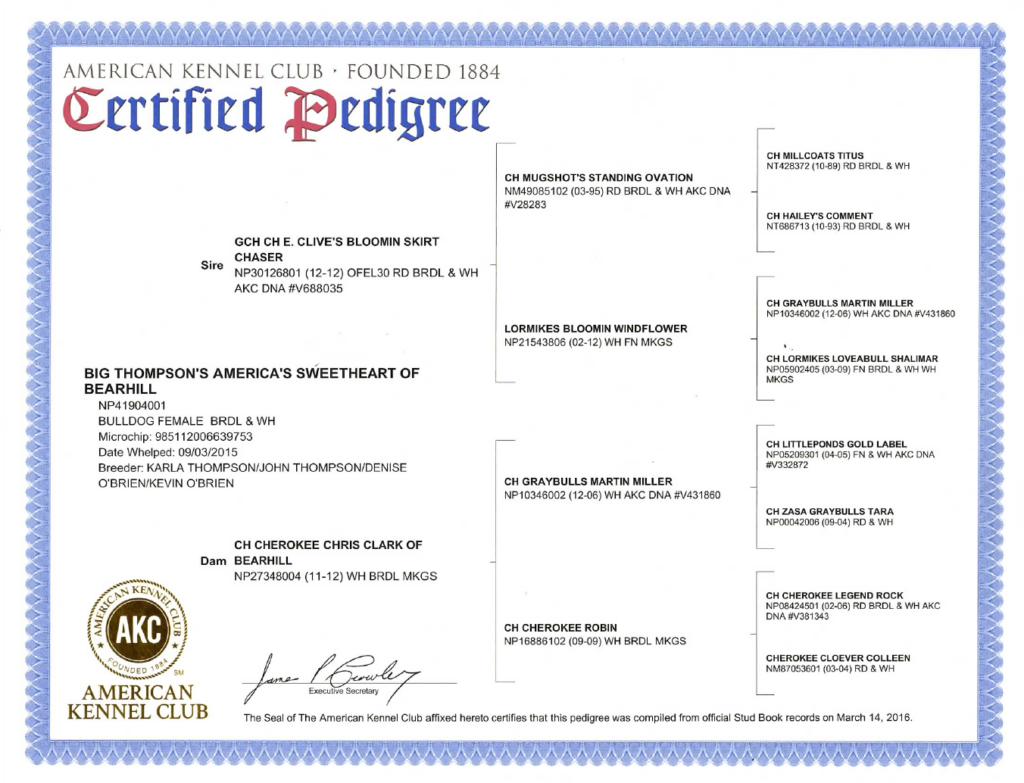 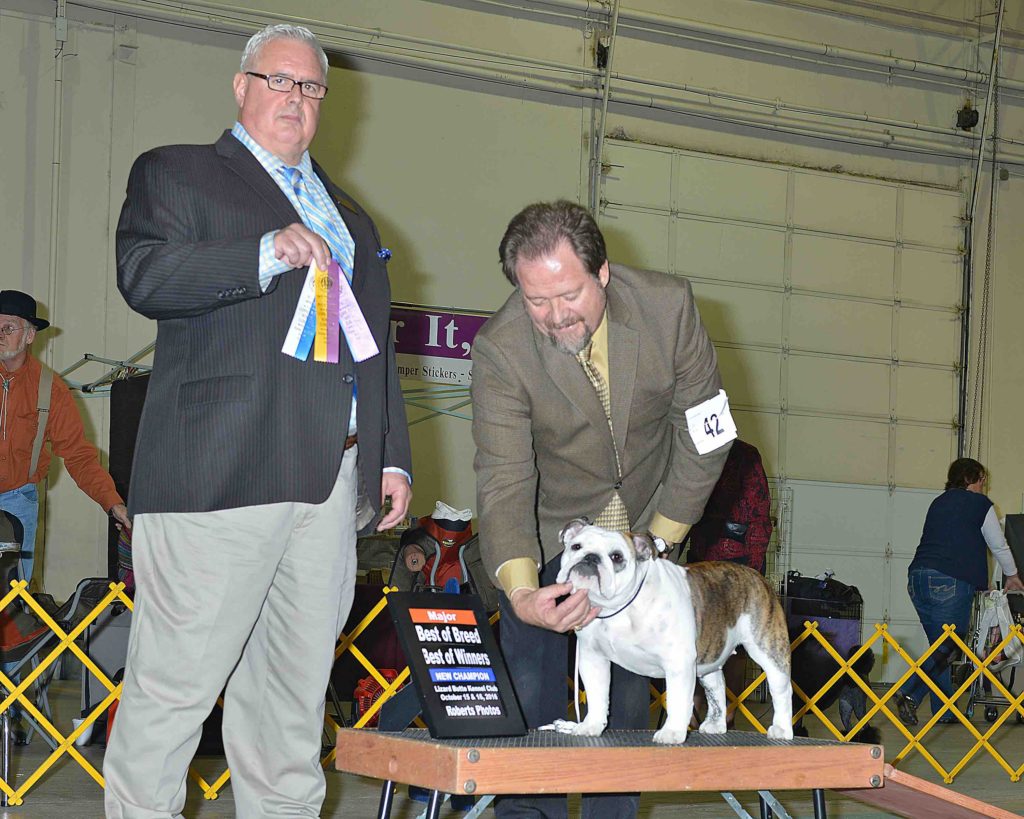 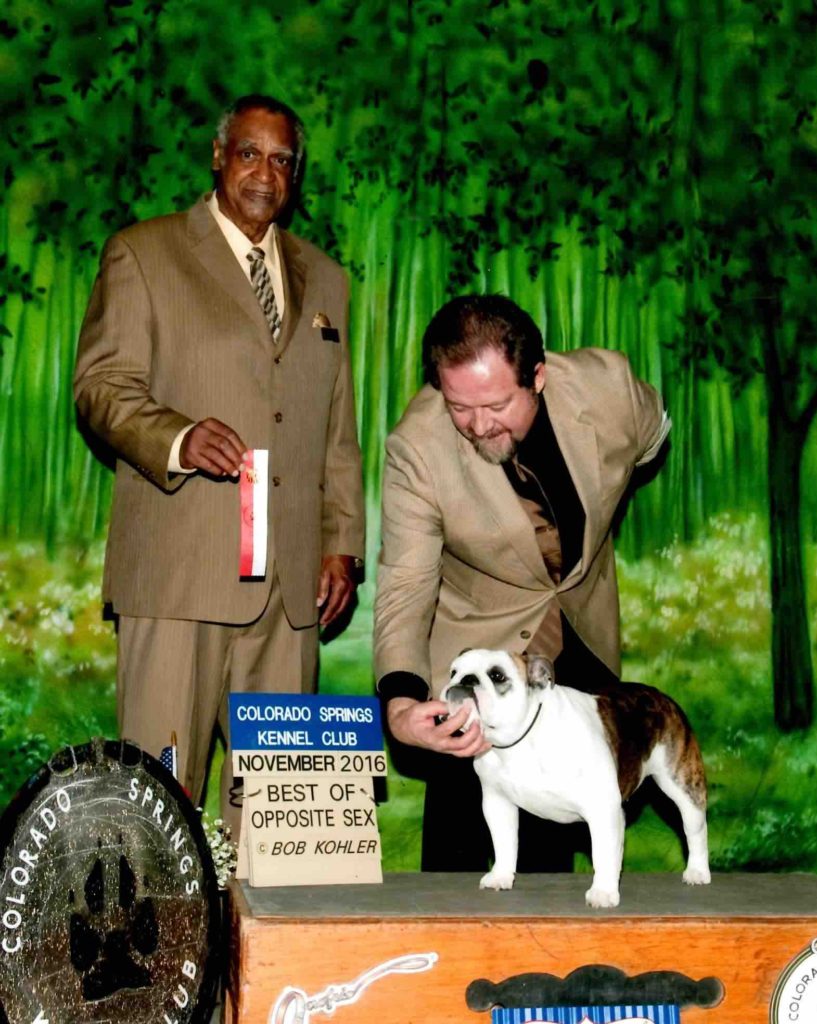 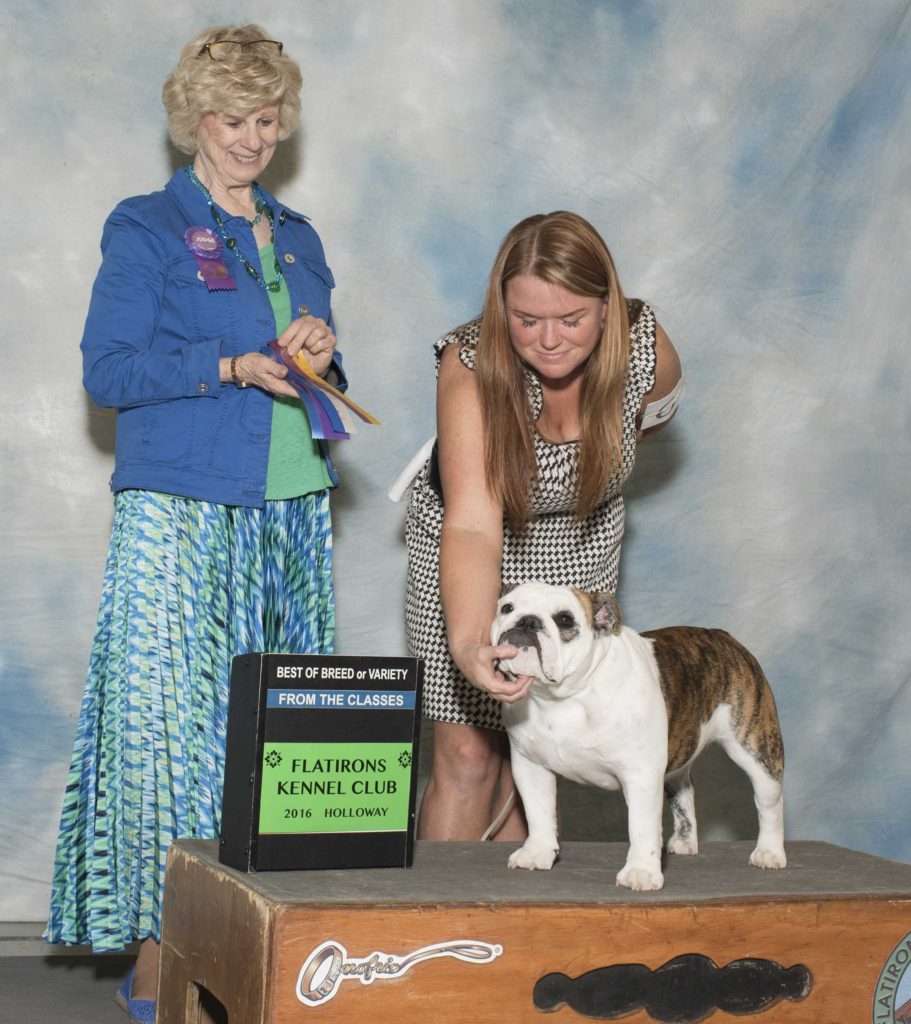 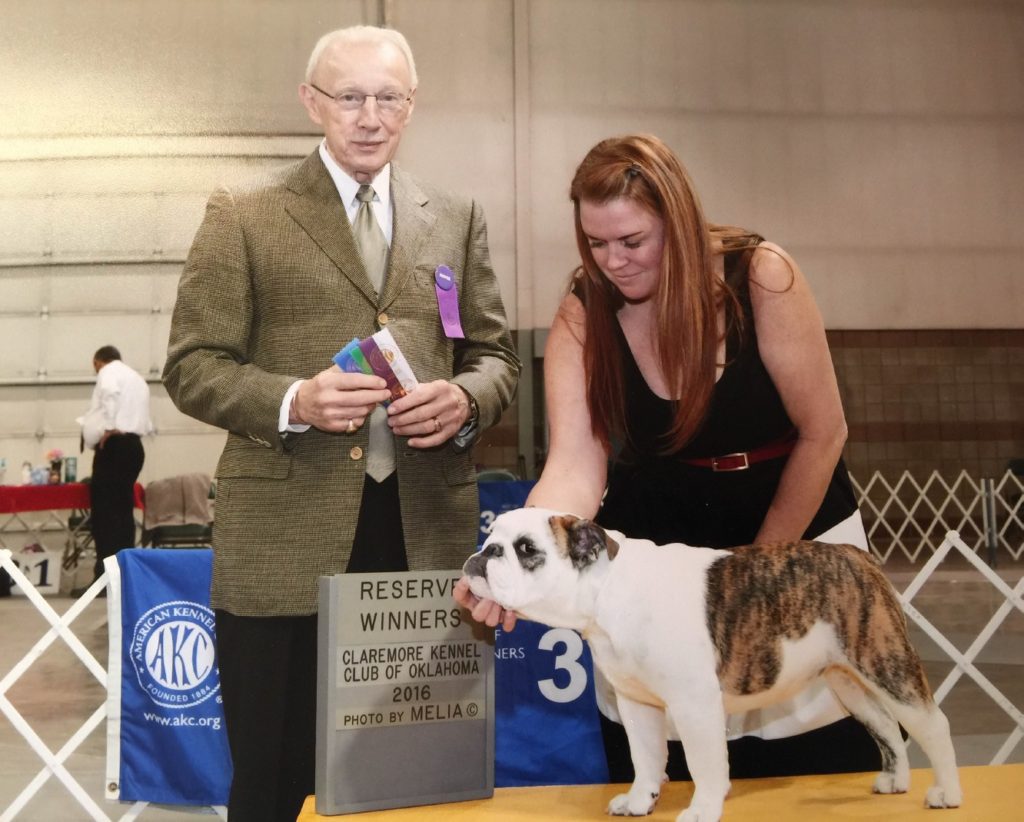 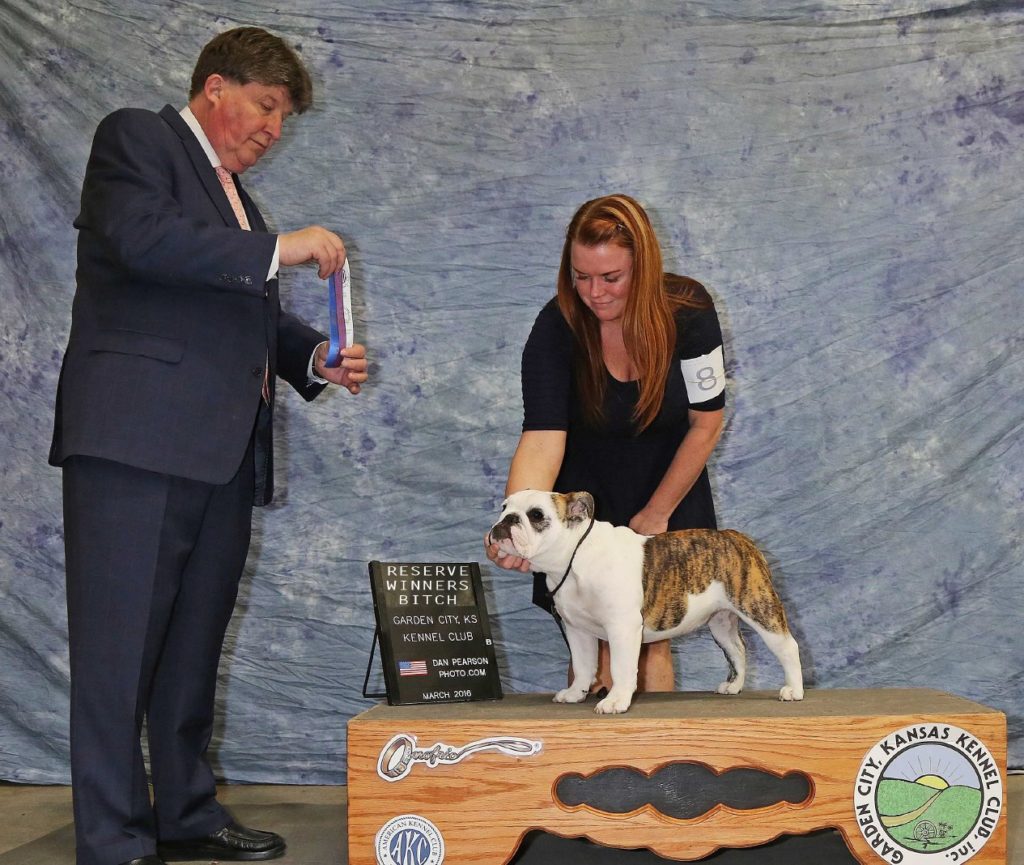 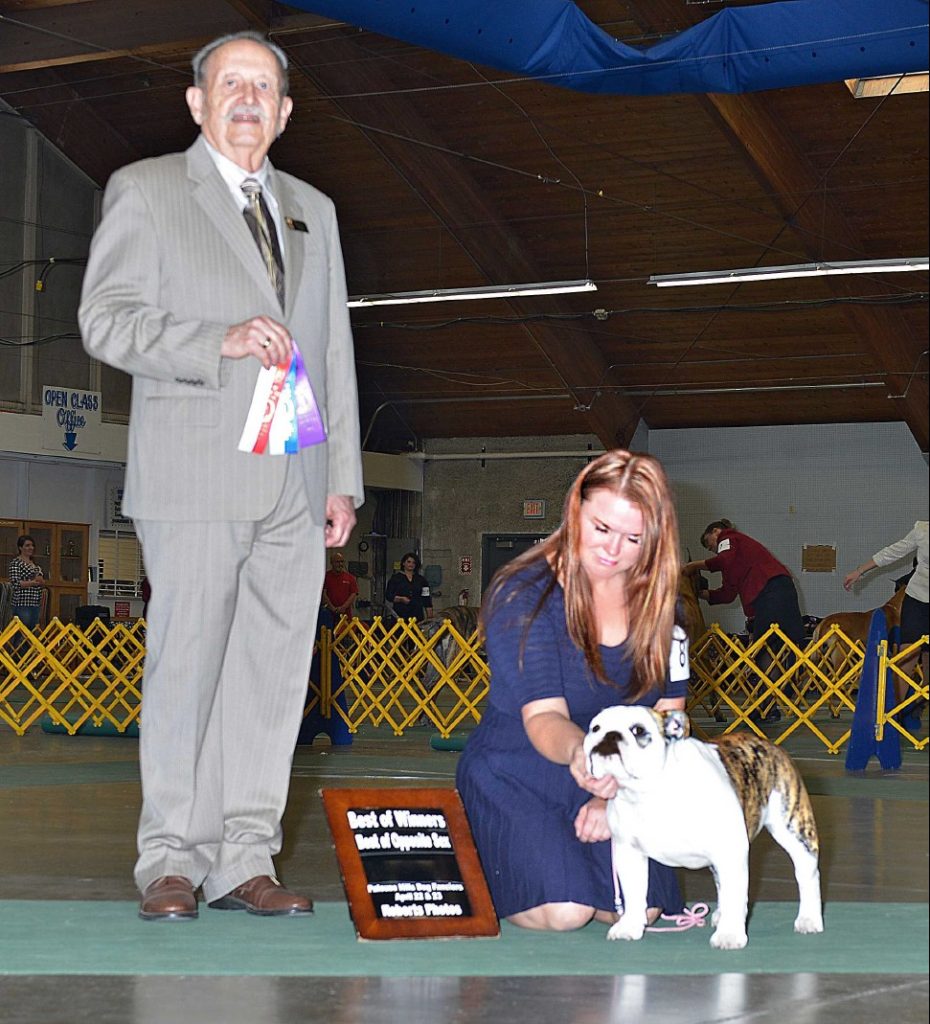 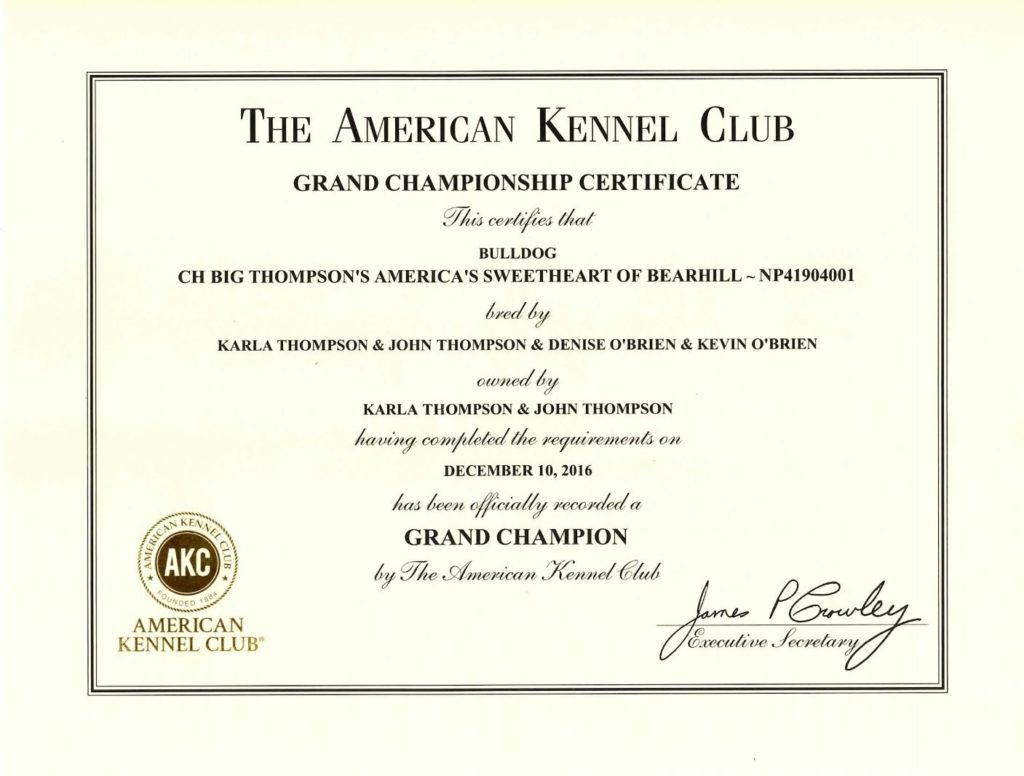 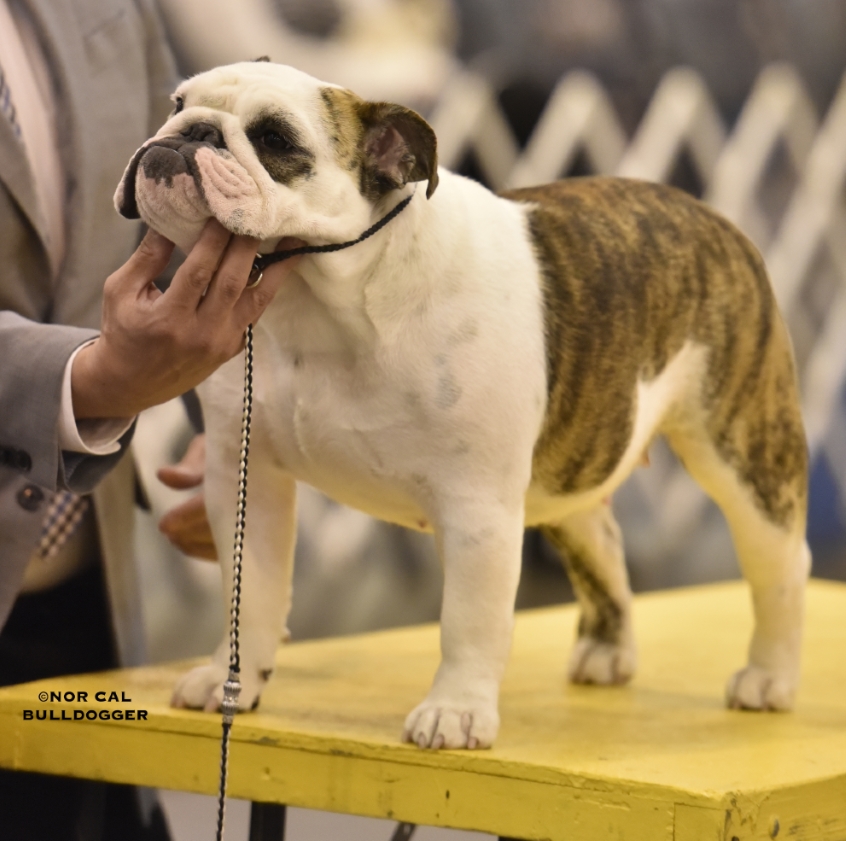 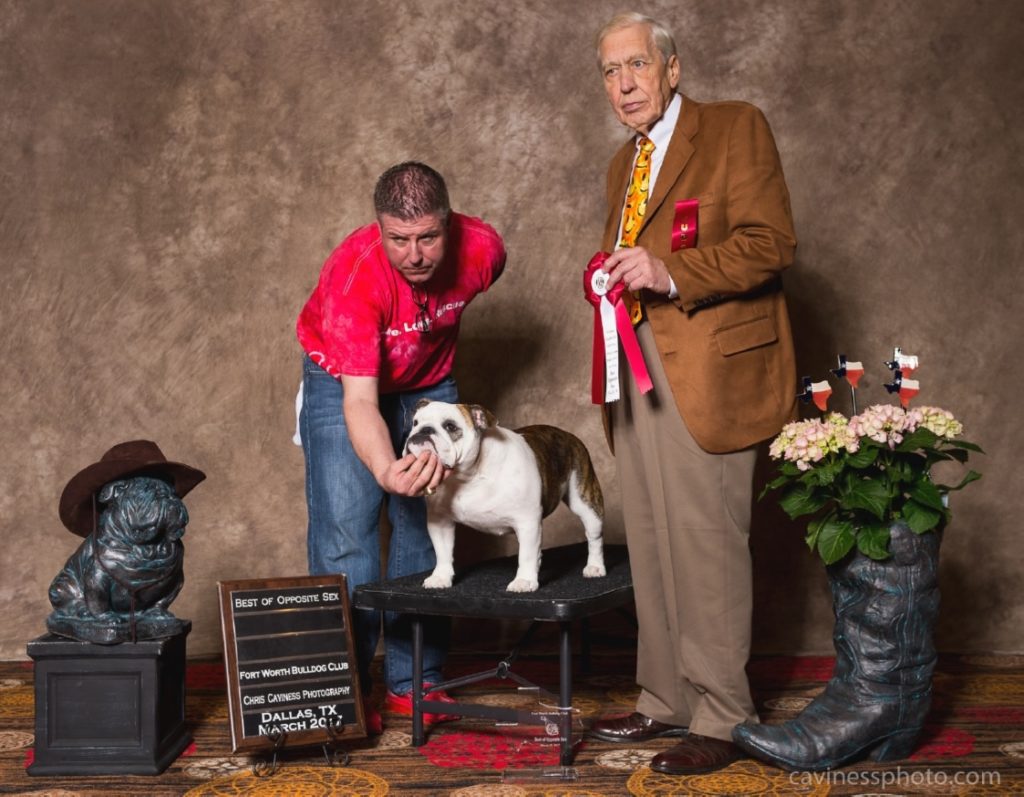 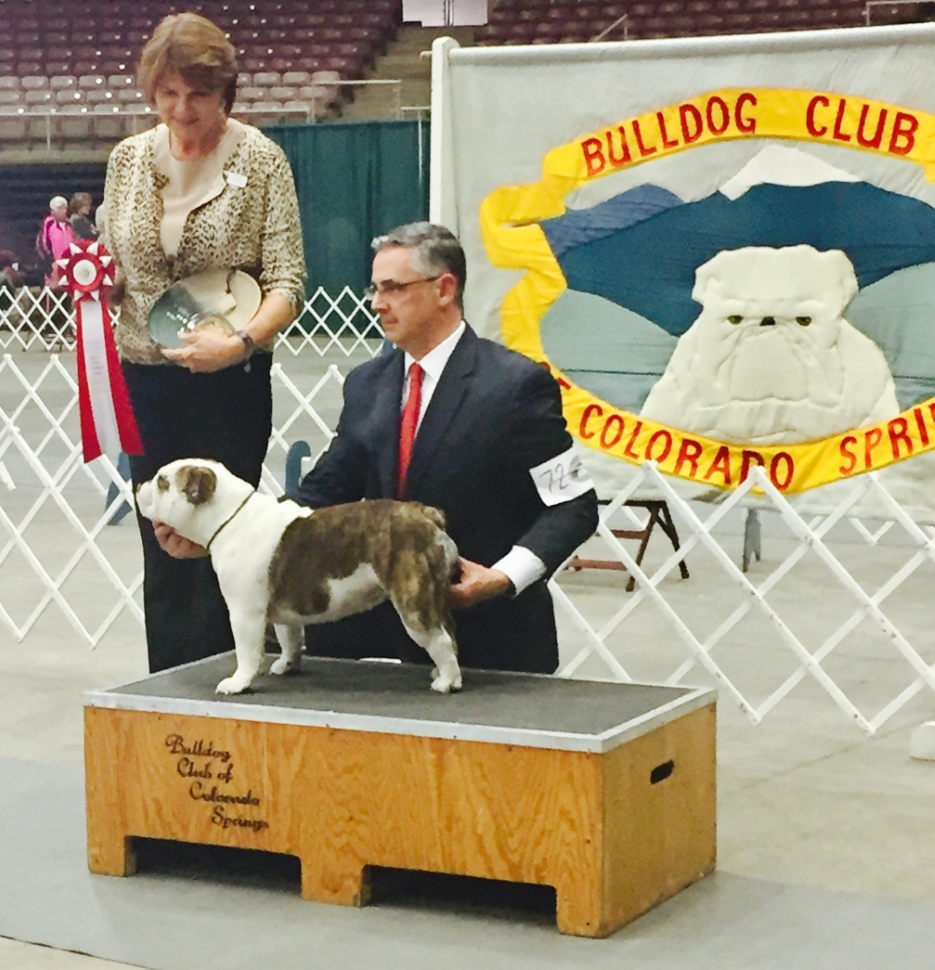