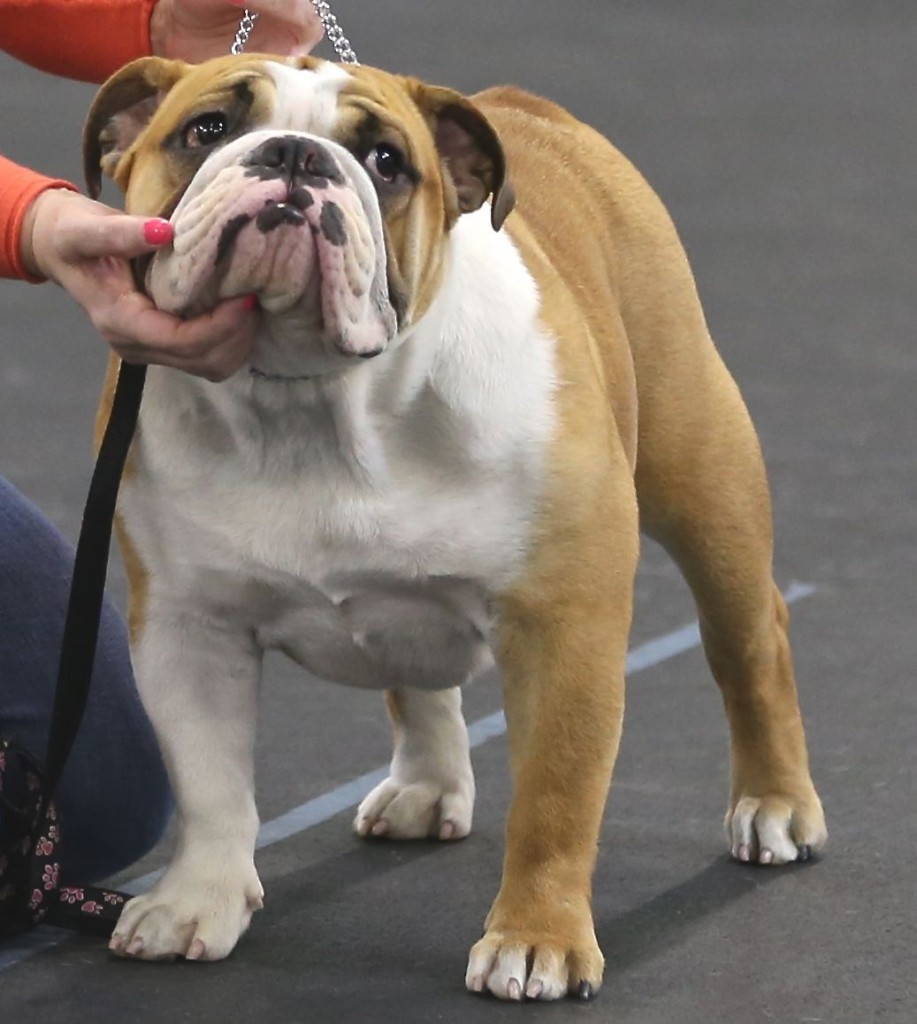 Her AKC name is CH Big Thompson Cash’s Riley.  Riley was born on January 2014 and is a southern belle from Kentucky.  Riley came to us from Cash’s Bull Babies.  Riley became a champion in Farmington, Utah on September 2016.  Riley began showing at 6 months and took reserve in her very first show.  Riley has had very limited showing at only 18 shows.  Of those 18 shows, Riley won Winner’s Bitch 12 times, Best of Winners 5 times, and Best of Opposite Sex 7 times.   In addition, Riley has won best puppy at 3 shows.

Riley is a natural in the ring.  She is spirited but has an excellent temperament.  In our opinion, Riley has perfect show conformation for a female bulldog.  Riley has continued to do very well in the ring in 2015, and we hope that continues into 2016.  She’s our first girl bulldog and we love her.  Who wouldn’t love her after looking at her gorgeous sourmug? 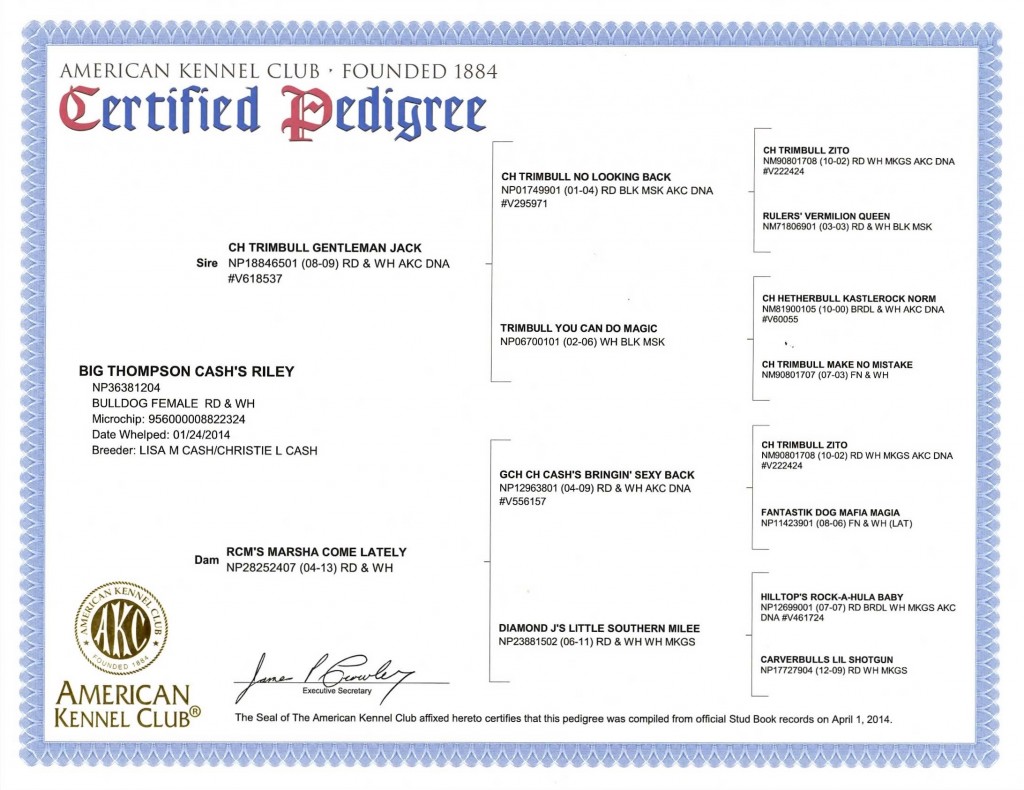 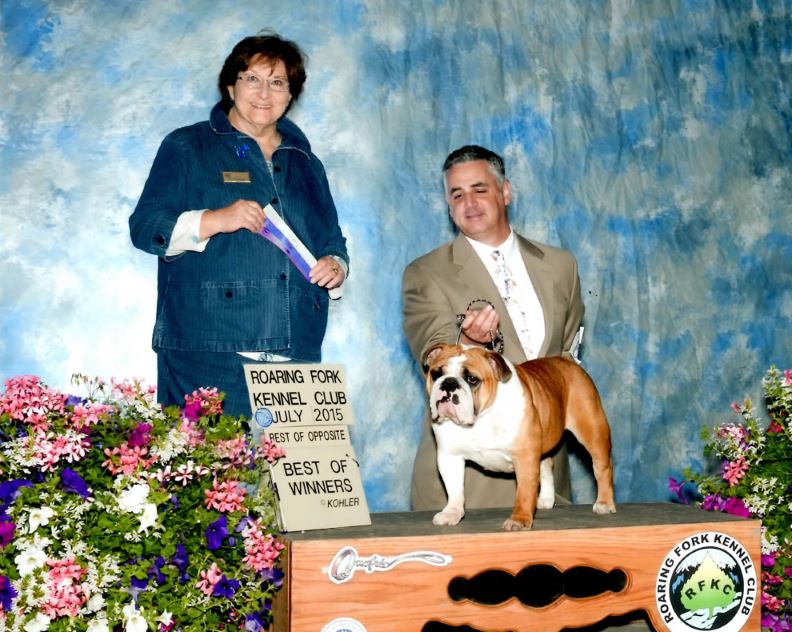 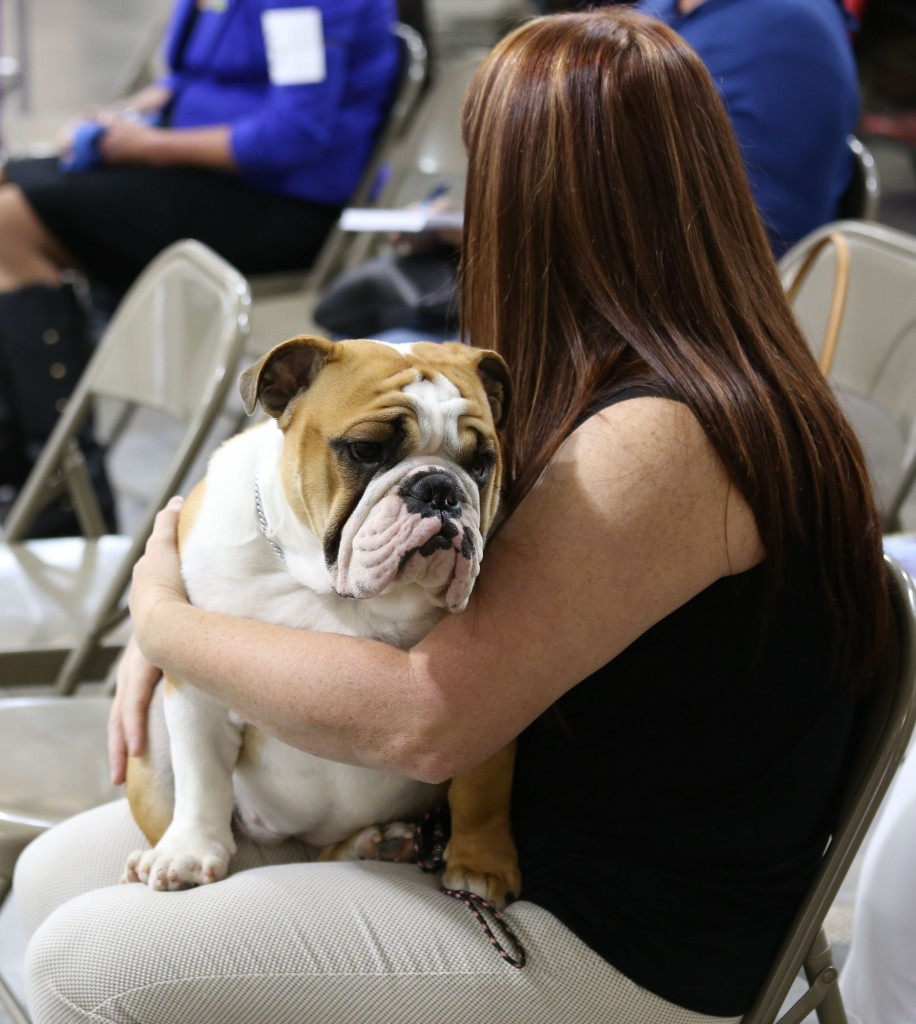 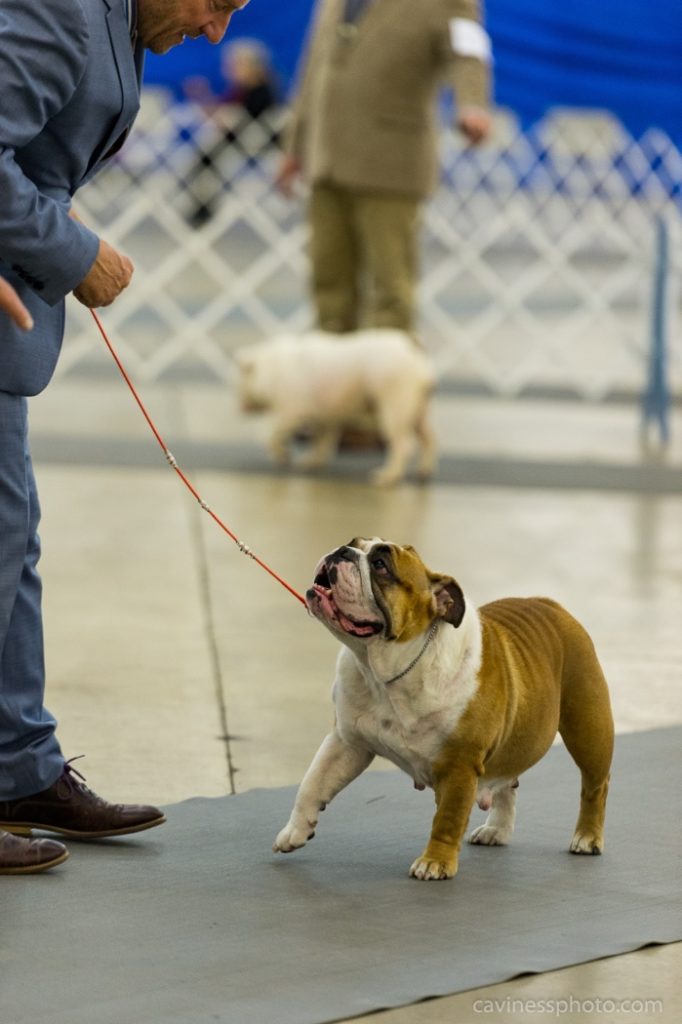