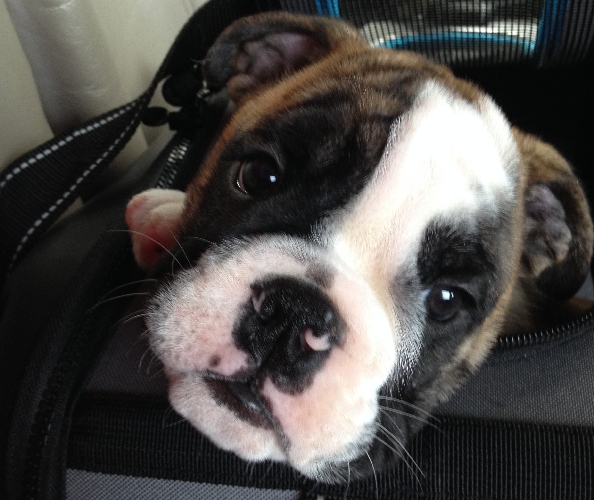 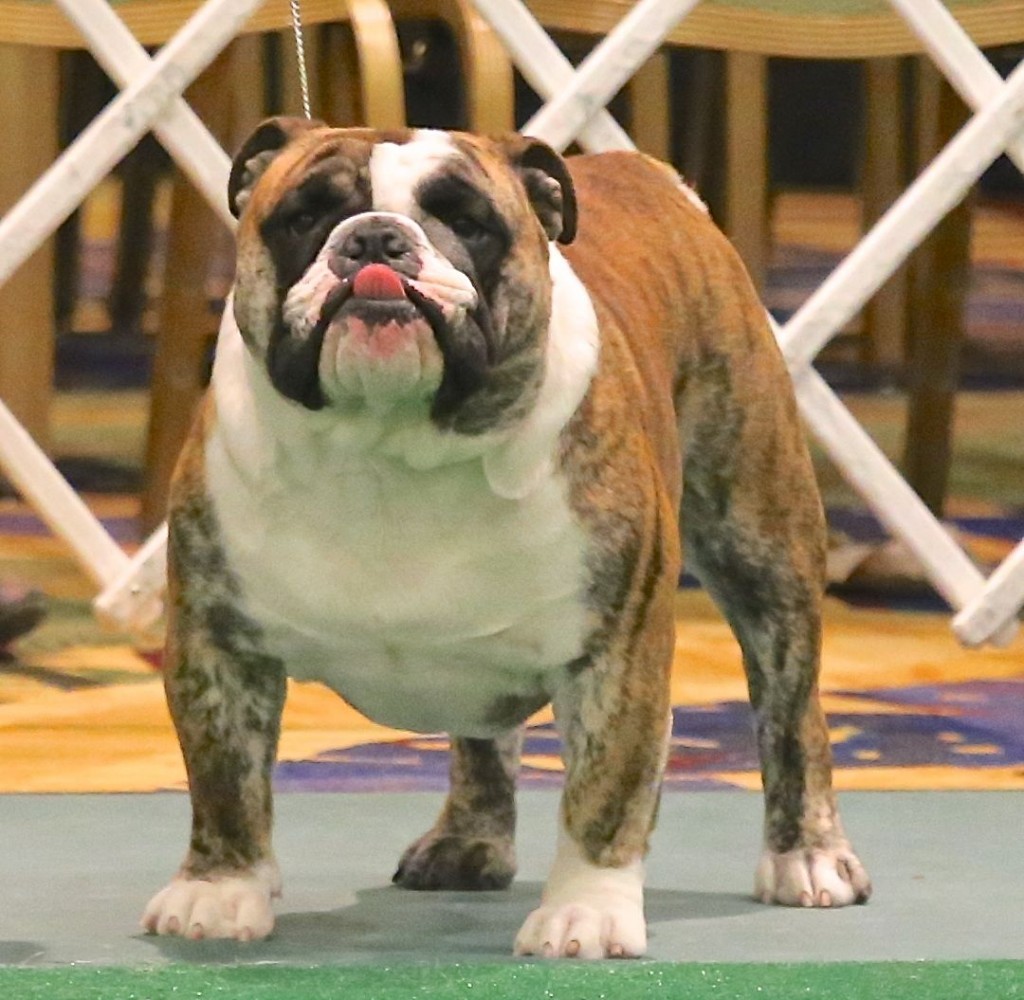 His AKC name is BISS GCHS CH Cherokee Legend Maxwell.  We call him Max.  He became a Grand Champion at the age of 19 months in March 2015 and Max became a Silver Grand Champion in September 2016.  Max was born on August 2013 in Florida but came to us through New York from Cherokee Legend Bulldogs.  Max has been showing since he was six months old and is a veteran in the ring.  In 2015 and 2016, Max was the nationally ranked in the top #25 bulldogs in the Bulldog Breed rankings according to the TopDogs rankings.  In addition, Max was ranked in the top 20 bulldogs for Bulldog AKC Grand Champion points for both 2015 and 2016.

In both 2015 and 2016, Max has either been the #1 or #2 ranked Bulldog in the State of Colorado according to AKC Grand Champion points ranking and the bulldog breed and all breed Top Dog rankings.  Max is a consistent performer in the ring.  He has exceed all of our expectations.  We are very proud of him and are lucky to have a dog like Max. 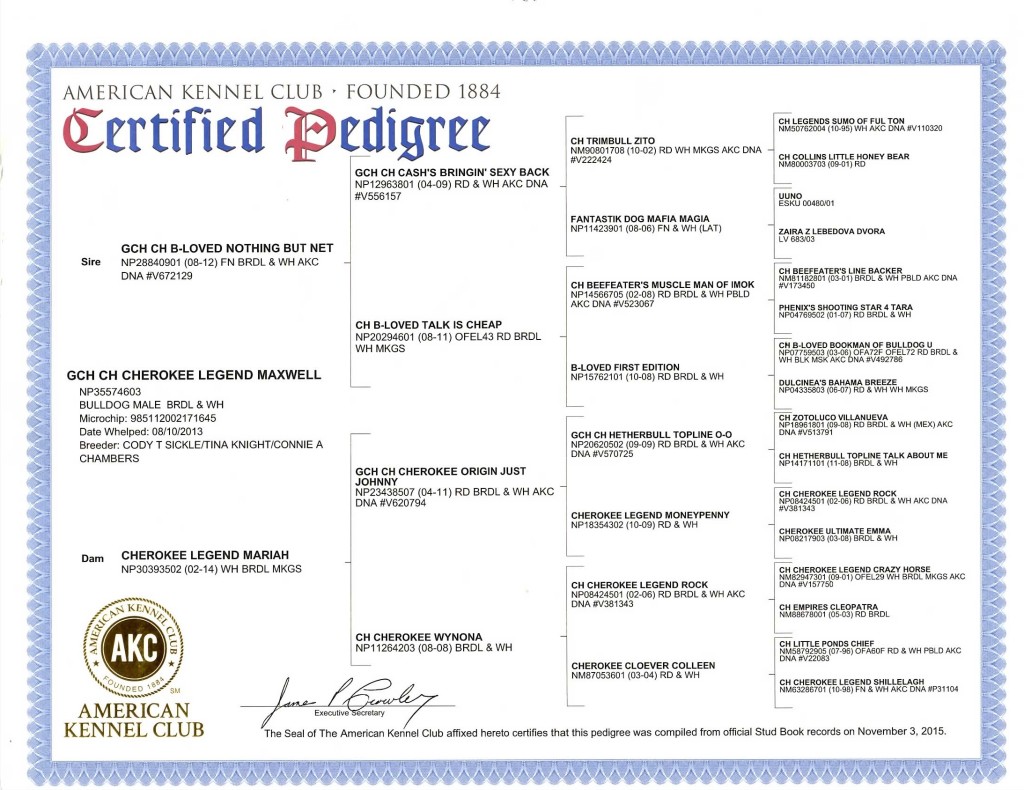 Max is available for stud to approved bitches.  If interested, please contact us or talk to us at a show. 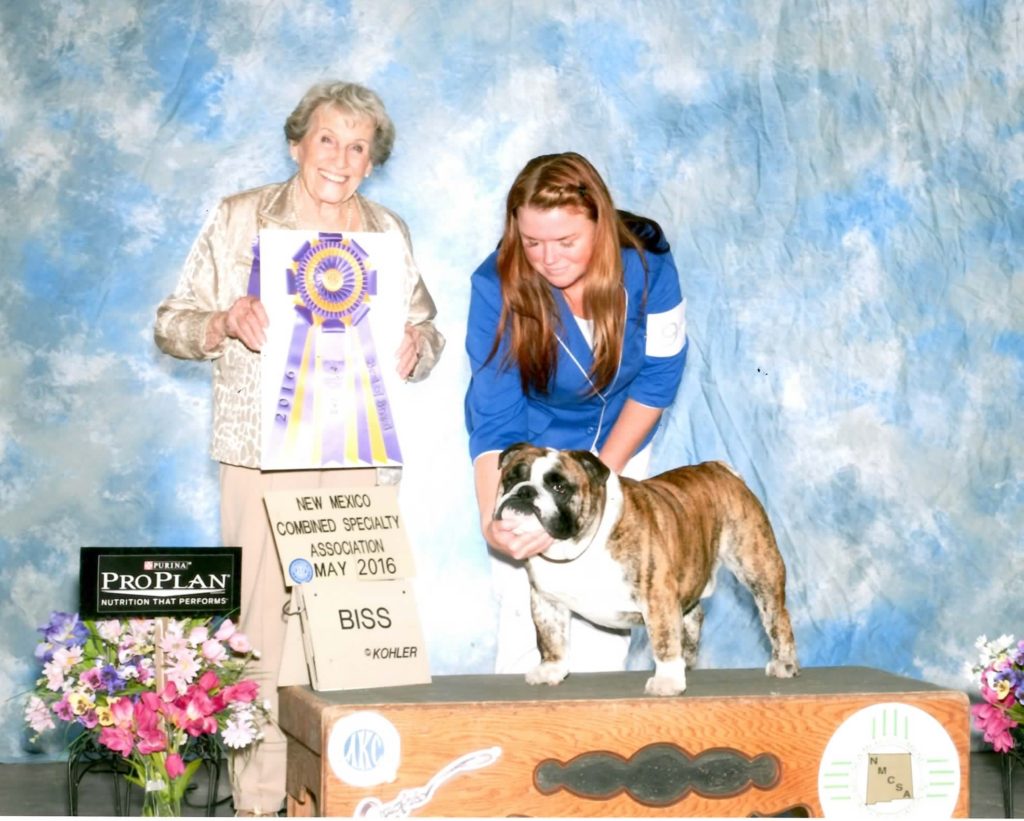 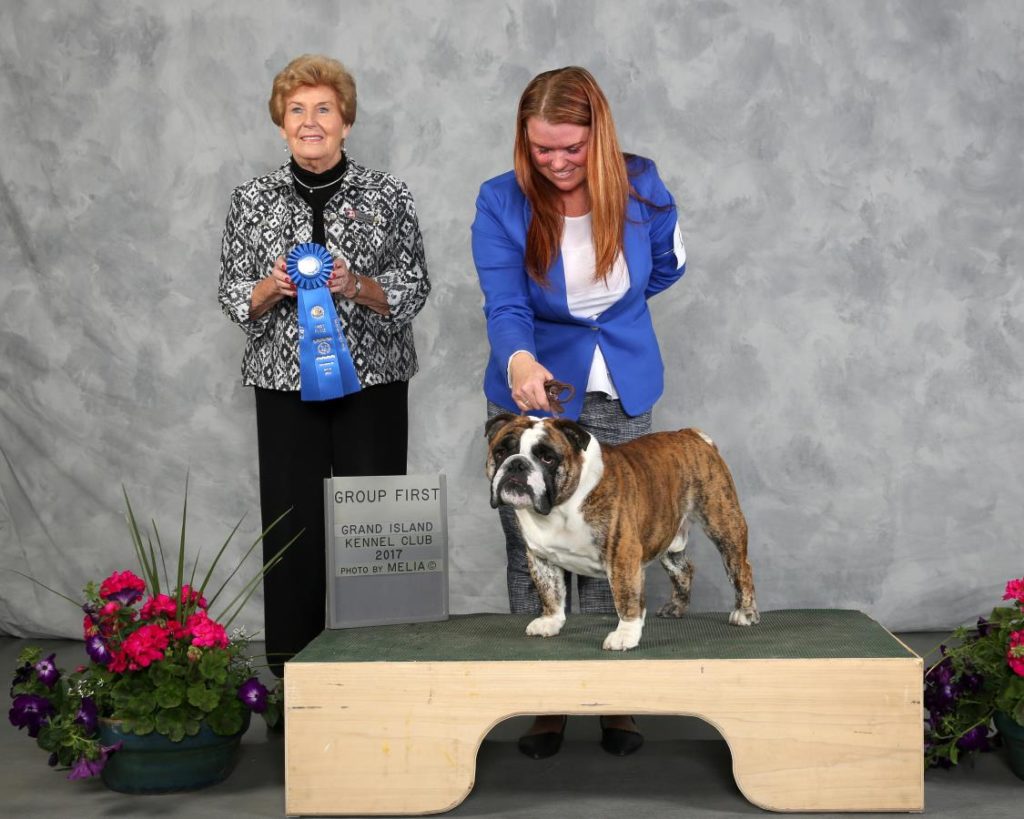 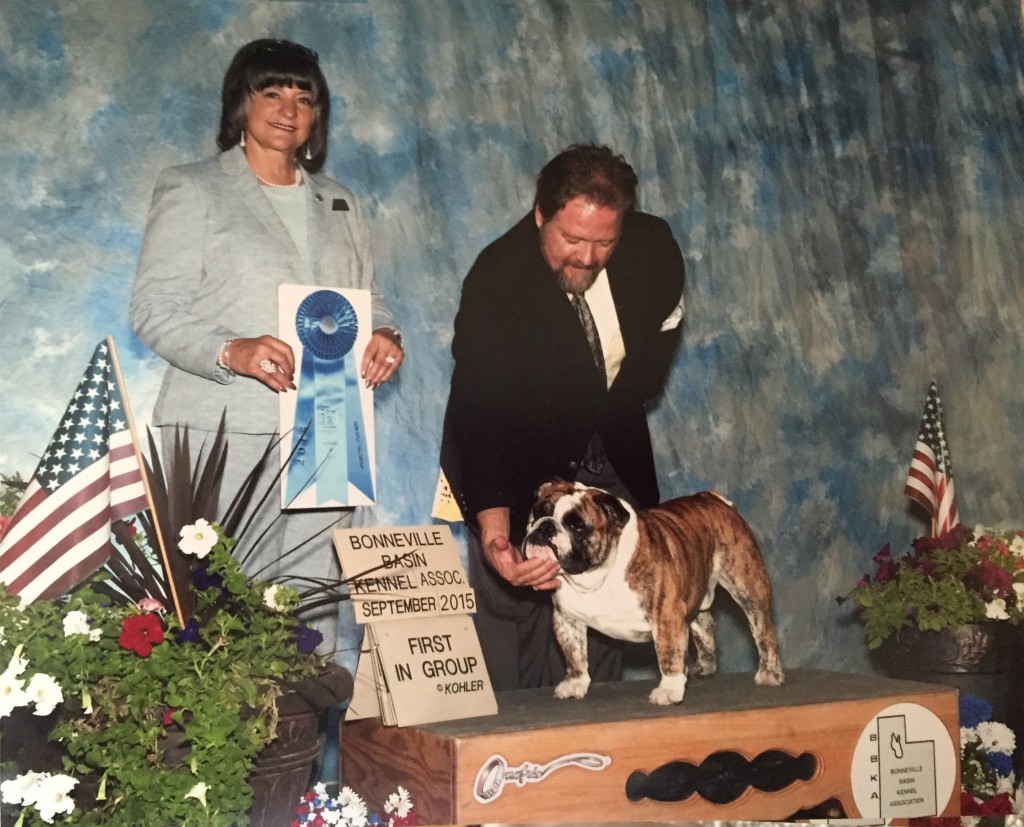 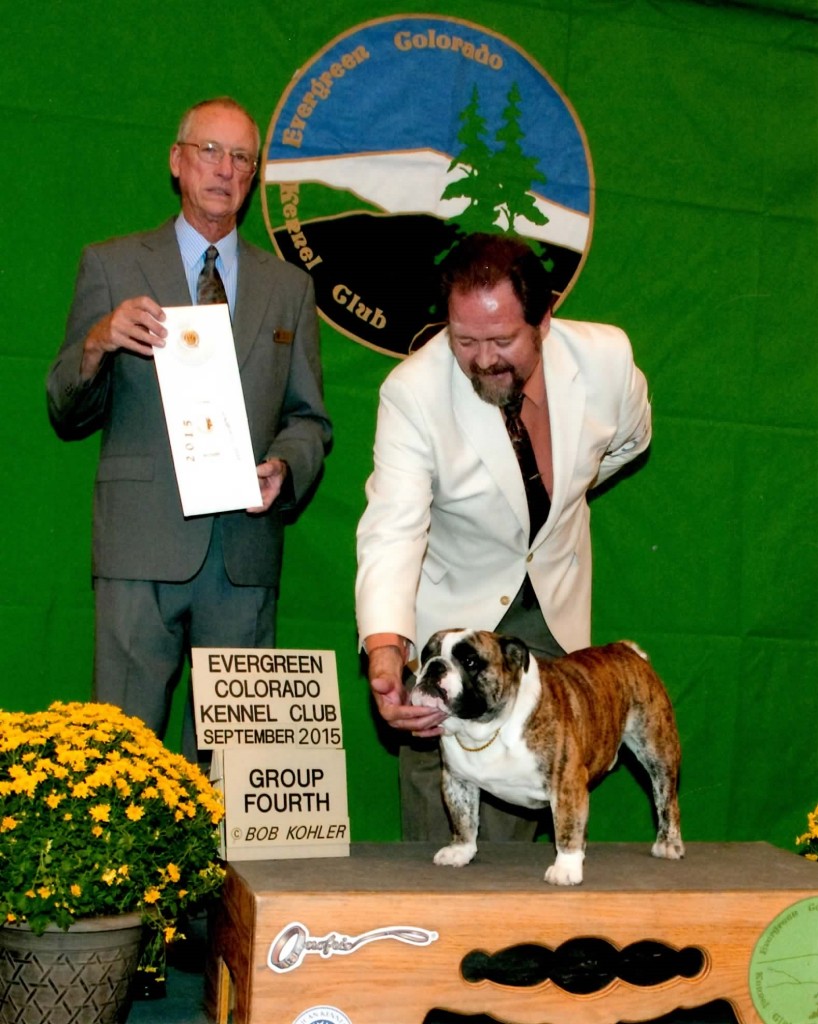 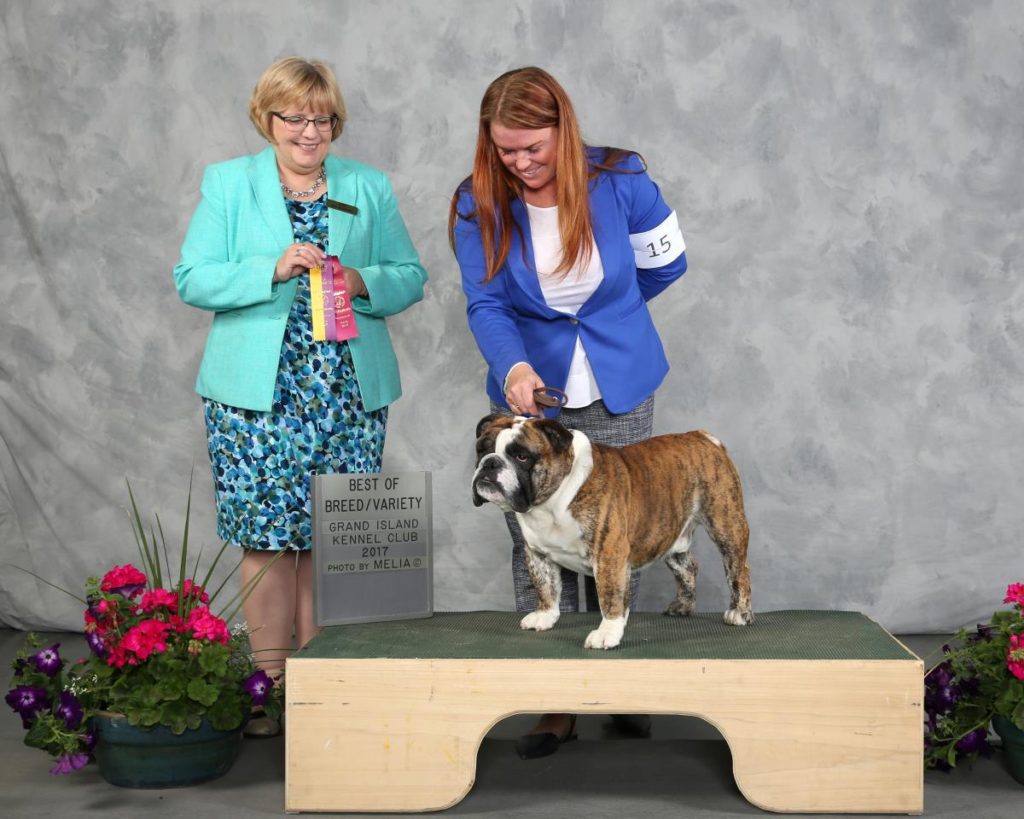 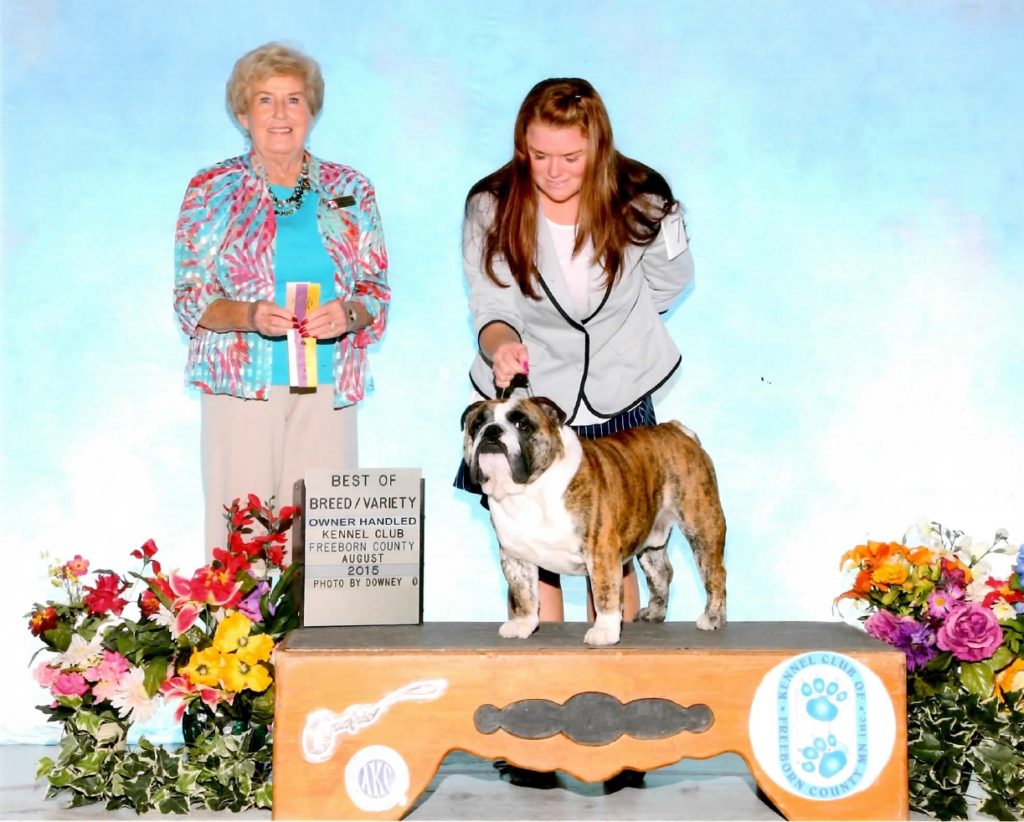